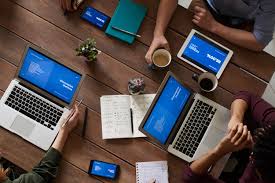 Financial experts have urged the Federal Government to use technology to monitor revenue being generated in the country in order to block leakages. The experts gave the advice while speaking with journalists in separate interviews on Friday in Abuja. NAN reports that their reactions were sequel to the Federal Government’s plan to deploy some directors to revenue- generating agencies with a view to blocking leakages.

Mr Niyi Akinsanya, a tax expert, emphasised the need for the Federal Government to build a system, with the aid of technology, to monitor revenue generation and effective collection. Akinsanya said what the government wanted to do was a welcome idea but however noted that the plan was open to human error and omissions at the long run.

He advised that punitive measures should also be put in place and adequately be meted out on any infringement.

Similarly, Dr Arome Salifu, Executive Director, Africa Youth Growth Foundation (AYGF), said that government should do more in addressing corruption in the country instead of posting people to collect revenue in the agencies. Although Salifu said that there was nothing wrong with the plan, he, however, said that it might still not achieve the desired transparency and accountability. According to him, the shortage or leakage of revenue is being caused by corruption, hence the need to address it.

Salifu said that there was no guarantee that the directors from the Accountant-General’s office would also not be corrupted by the system. He urged the government to engage financial experts and other stakeholders with a view to getting their inputs and then come up with a blueprint on how revenue leakage could be properly addressed.